How to make Paneer cheese 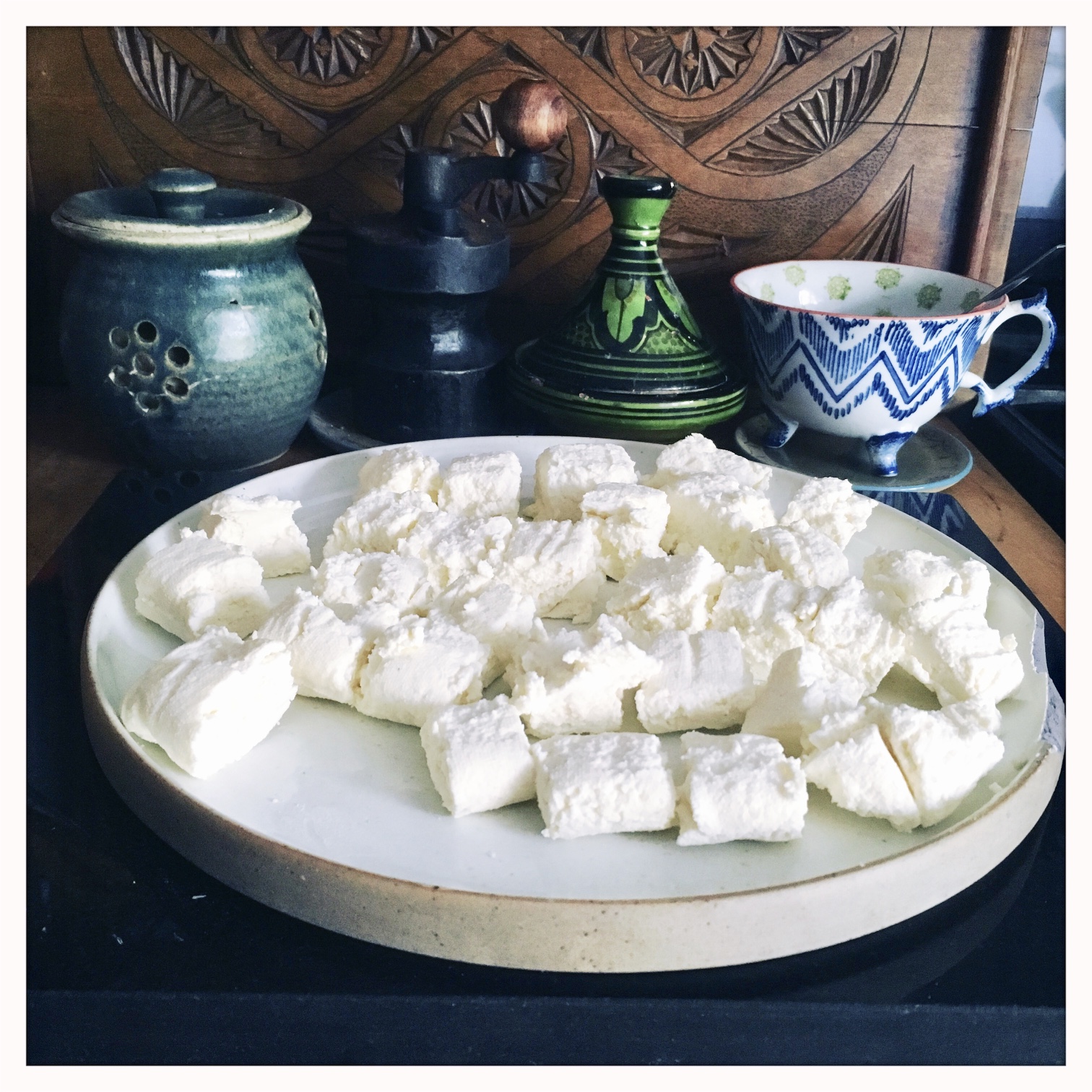 Over the years I have learnt so much from my Indian sister about cooking Indian food. This week she showed me how to make paneer cheese the same way as her mum had shown her. I had assumed that it would be complicated and a bit tricky but actually its very straight forward. At the same time we inadvertently worked out how to make ricotta cheese too so bonus!

2. Take the milk off the heat add the lemon juice stir well cover and leave to sit for at least ten minutes.

3. After ten minutes or so the milk should have curdled with clumps of curds floating on the top.

4. Line a colander or sieve with a clean piece of muslin or a tea towel and place in the sink.

5. Gently pour the contents of the pan into the muslin and let the whey drain out.

6. After a while it is a good idea to hang your cloth of curds to encourage more liquid to drain out. A tap is ideal!

7. When it has cooled down enough to handle twist the cloth at the top to squeeze out as much liquid as possible.

8. Then shape the curds into a block and wrap lightly in the same muslin and weight down between two plates.

9. Leave to press and pop in the fridge. I put a folded bunch of kitchen paper under it to soak up extra liquid.

After about 24/36 hours it should be set in a reasonably firm block that can be cut into cubes and eaten or used in your favourite curry. If you want ricotta cheese you just leave out the pressing process its as simple as that. We talked about adding flavours to the cheese and I have a few ideas brewing…so watch this space!