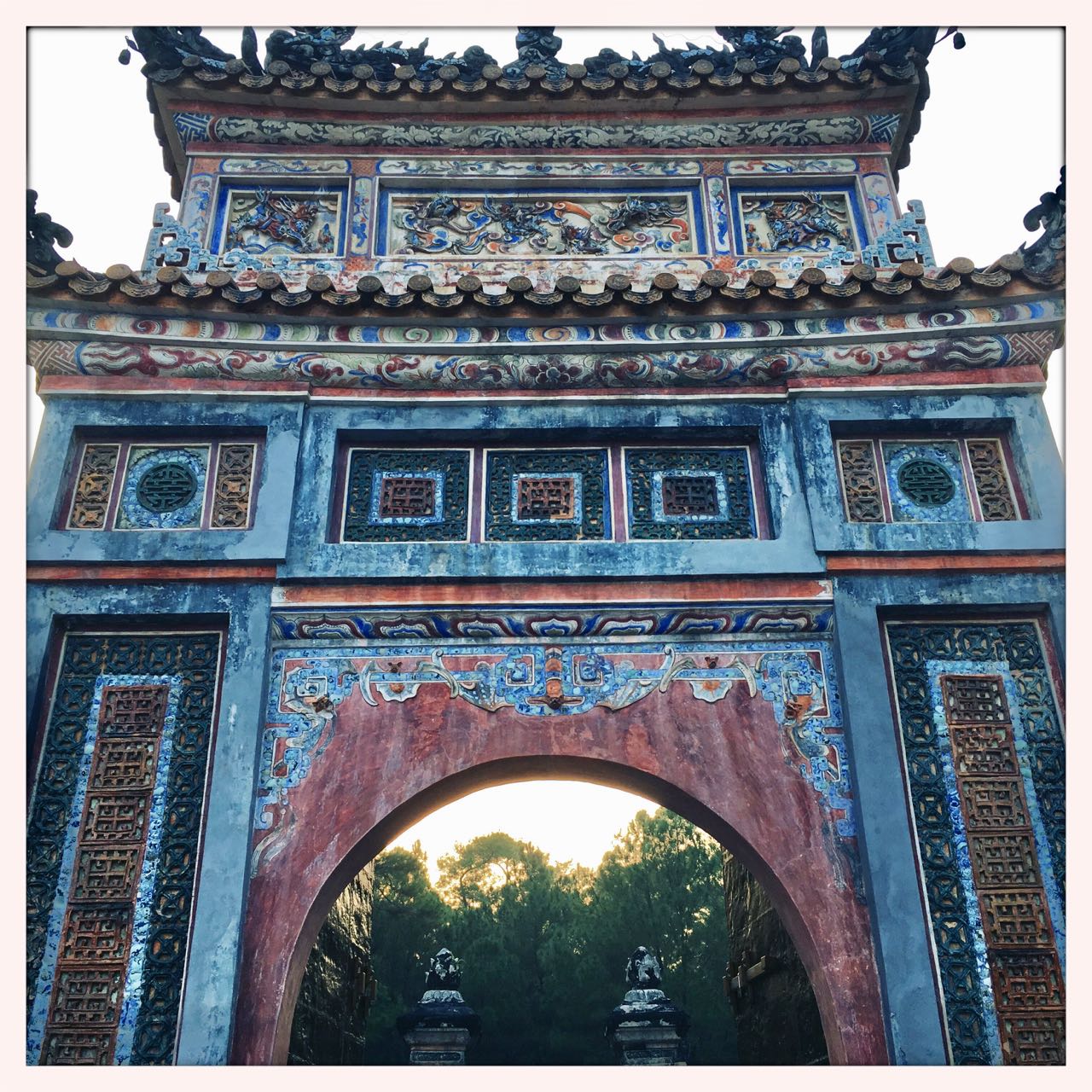 Tu Duc was part of the Nguyen dynasty and the longest reigning Emperor of that period from 1848 – 1883. His tomb is in Hue and was designed by himself to make sure it was grand enough! To avoid any enemies digging him up his body was secretly buried very deeply and not directly under his mausoleum so he would be difficult to find and that seemed to work. It consists of several structures set into a garden with a lake, quite a peaceful place to wander around.

One of the bigger structures is undergoing a bit of a renovation at the moment but you can still see the details well. The rest is of a shabby chic nature which is what I prefer rather than a scrubbed up shiny new looking finish, it is so much better to see the evidence of the years of history. It will be interesting to see the building when its finished I really hope it keeps its integrity!

There are a number of statues placed as if they are on sentry duty as you approach the mausoleum and are quite naive in style. You then enter through a very beautiful ornate gate into the centre area where there is a tomb very plain actually (so plain I didn’t actually take a picture of it!). I was much more interested in the weathered wall around the edge of the space sorry about that.

Filed Under: Southeast Asia, Vietnam
Tags: architecture, Hue, mausoleum, Vietnam
An ancient capital city.
A thoughtful end to my time in Hue
Searching is in progress