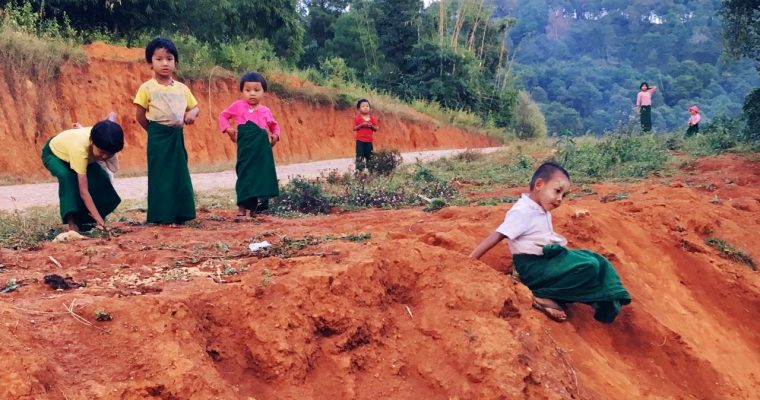 A Sleep Over in a Monastery- The People

Anywhere that I have travelled in the world it has always been the people that leave a lasting impression and are the icing on the cake of the whole experience. In this regard Asia has blown me away with the kindness, welcome and warm hearts… 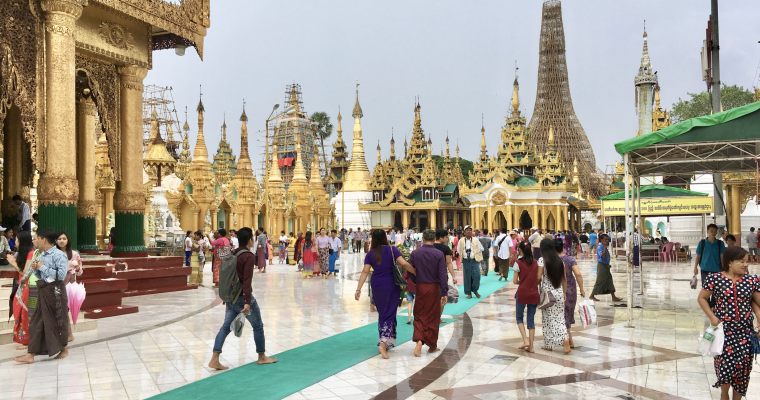 The first full day in Myanmar was spent in Yangon and most of it at the Shwedagon Pagoda. It is one of those things that you really cannot spend time in this country and not visit it. It literally blew me away with its beauty, size,… 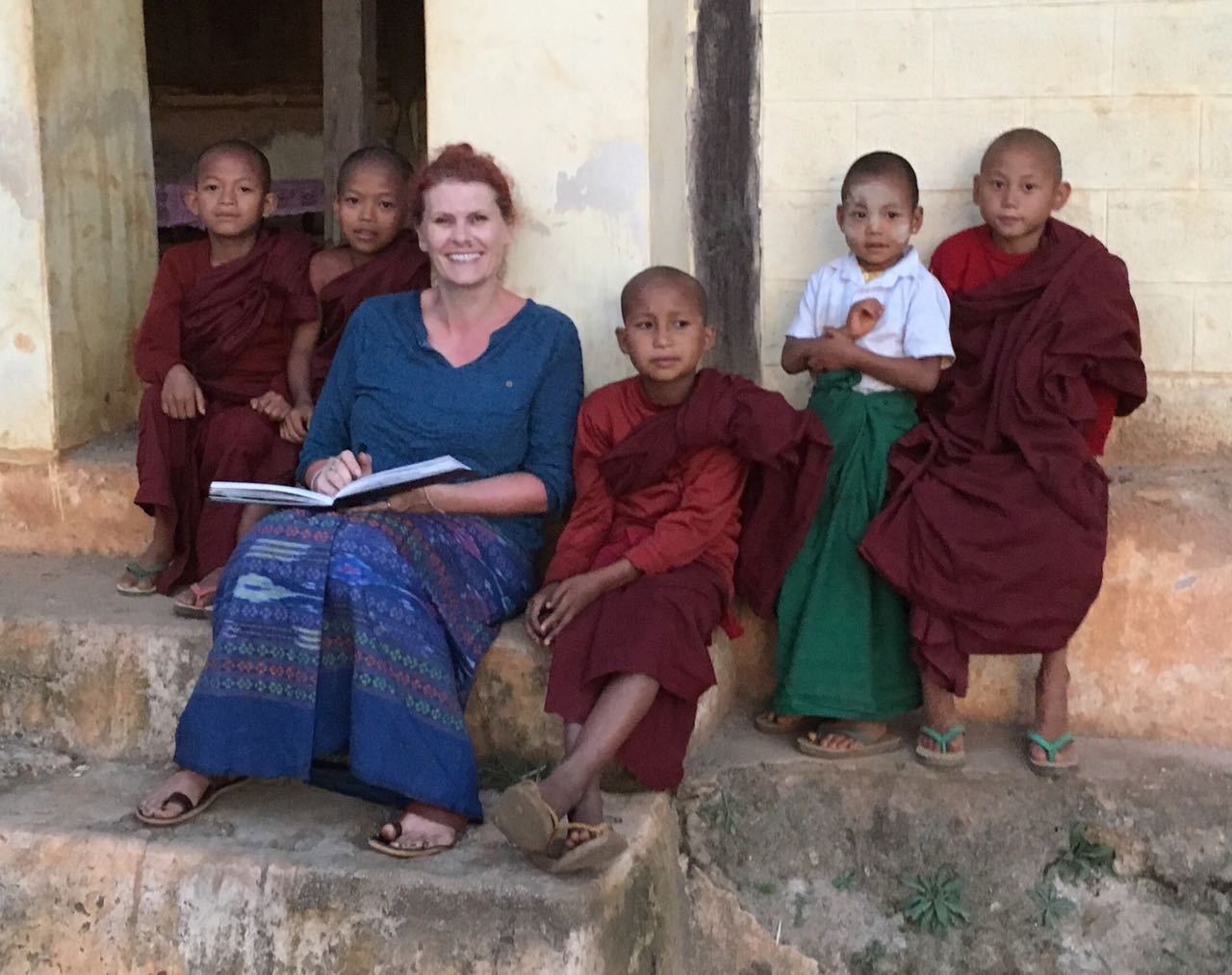 And on to Myanmar

The final place I explored in South East Asia was Myanmar. I spent three weeks there travelling around and saw some very beautiful places.

One thing that struck me right from the beginning was how warm, welcoming and genuine the people were. From my first evening when I arrived late and had to get a taxi from the airport to the downtown area of Yangon where the entire journey was full of conversation about why I had come, what I should see while I was there with a full visual show to go with it from the drivers phone. To my very last taxi journey to an obscure  guest house near the airport, where the driver had to ask at least four different people where it was and then gave me his number and insisted if I needed anything at all before I left that I would give him a ring.

Everywhere I travelled I met beautiful people. So I thought that my first post should be a snap shot of some of these people who made the experience so good. My first full day in Yangon was spent in the Shwedagon Pagoda and met these little monks who were so intrigued at our pale skin as they hadn’t seen anyone that pale before! We ended up with a skin comparison exercise to see the range of skin we had between us a delightful experience.

At one point it rained heavily and we took refuge sitting under a roofed area and were approached by a lovely couple of monks who wanted to practice their english. We chatted for ages finding out about each others lives until the rain subsided.

On to Kalaw and we met up with Kam who was our most excellent guide for a two day hike down to Inle Lake. He was great company and full of knowledge about all sorts of stuff. It was especially interesting to learn about the flora and fauna as we walked and discover flowers, food, butterflies and bugs. We were sorry to say goodbye when the time came.

On the same hike we met this man who was selling fresh honey in the middle of nowhere. We would have bought it if we had some kind of tub to put it in!

On the same hike we stopped for a drink and met these two who were very shy. The little girl in red disappeared for a while and came back with this flower garland for me that she had just made from flower heads threaded on to a piece of long grass. Such a beautiful gesture. So many children in every area we travelled would run after us shouting ‘hello hello hello’ and then ‘goodbye goodbye goodbye’ as we passed by and pretty much everyone everywhere waved as we went past.

On to Mandalay and met Ashin on the way up Mandalay hill to see the sunset from the temple at the top. Ashin too wanted to practice his English and became our impromptu tour guide for the evening giving us a unique insight about the temple.

This lovely lady was delighted that I wanted to take her photograph after she had given me a personal tour up to the roof of one of the many many temples in Bagan. There stairs were extremely steep and in the pitch black so she went first holding a torch behind her so I could see where I was going!

And finally also in Bagan the most wonderful family who ran the guest house we stayed in for three days. They couldn’t do enough to help us. We ate like kings for breakfast on the roof and I was particularly grateful for the care taken with my coeliac needs. The bottom picture is of the lady we called mum during our stay and I particularly liked sharing recipes and learning about food from her.

So that gives you a little taste of some of the people we met along our way. 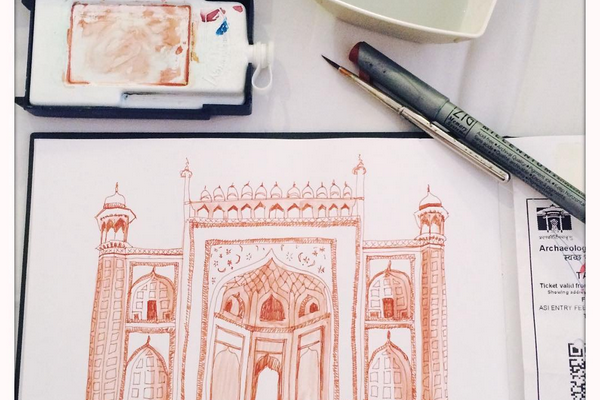 It was such a delightful pleasure to draw as I traveled around India. Everywhere you turn there is something interesting. The shapes, colours, patterns and people all provided a wealth of material.    SaveSave 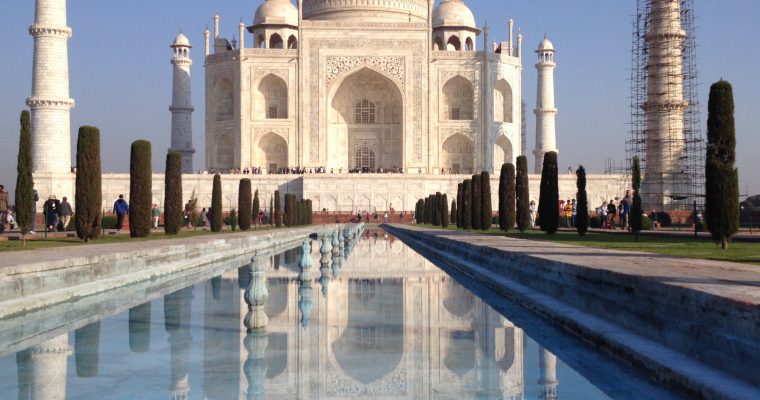 Remembering India 70 years on from independence

India is such a vibrant, warm and beautiful country. Yes it has poverty and problems but show me a country that doesn’t? What I did notice in most places I visited was the warm and contented spirits of the people. Again I am sure there…

Colour, India
-
by Sarah
-
0 Comments
Searching is in progress