Highway 13, the best view from a toilet ever and local hospitality 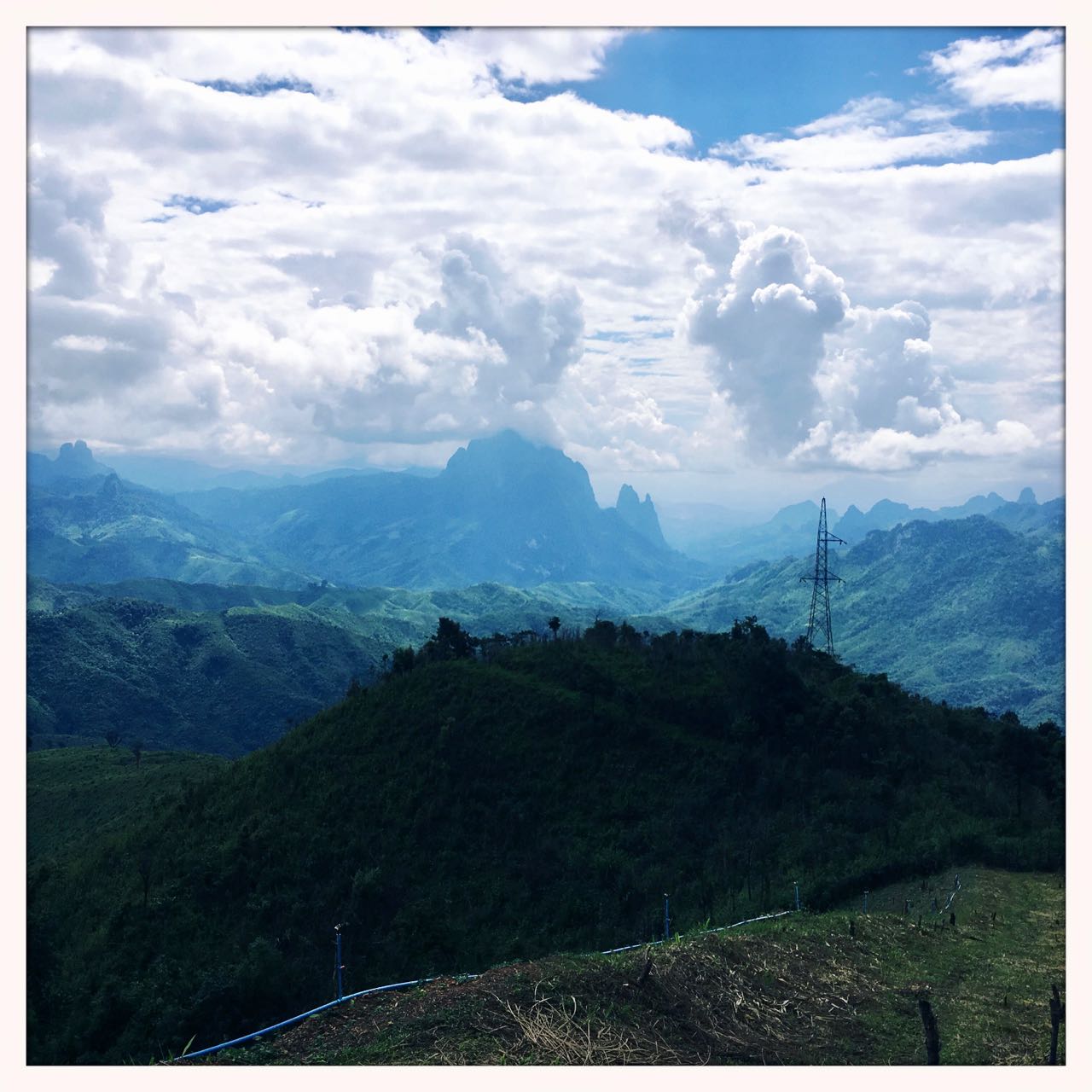 I’ve been off line for a couple of days as I made the journey from Luang Prabang down to Vientiane on highway 13 through the mountains. I think it is approximately 350km long and was built by the French when they occupied Laos. Apparently if a family was unable to pay taxes towards the building of the road they had to send a member of the family to help physically build it. It must have been a really tough job as Laos is 50% mountains and most of those are covered in jungle! About half way there was a well needed service station perched high on the top of a mountain almost in the clouds!

The view was spectacular you could see for miles and miles and the temperature was perfect with the tiniest bit of drizzle which was welcome after being in a van for four hours! It also had hands down the best toilet view I’ve ever experience anywhere, I’d be interested to hear if anyone has had a better one? I bet thats a ‘thing’ already somewhere on the internet I might have to look….anyway this is said view.

After this stop it was still a few hours to get to a village where I was staying the night with a local family so on the way we had a little stop off at a jungle market which pops up along the side of the road. Apparently it is known for selling illegal things like animals and animal parts and most of the stall owners didn’t want any pictures to be taken.

Finally after a long day on the road I got to the village and experienced a warm welcome, lots of children staring but I get that at home too! After a good home cooked dinner and the loan of a local sarong the local children (about 100 of them all very over excited!) put on a performance showing off local dances which I then joined in. The more dangerous one involved trying very hard to not get your ankles crushed between two large bamboo canes, so it was imperative to get the rhythm right!

Just as we went off to bed the sky opened and it poured with rain all night with loud thunder very clearly still rainy season. This meant the taps were offering thick brown water in the morning due to all the excess water. I also made three new friend in the morning of some gorgeous little puppies which made my day! They weren’t the only wildlife I came across that morning either.

After an early breakfast it was back in the van to head towards Vang Vieng for a night and then another four hour drive to the capital of Laos Vientiane. And I’ll just end with a picture of this little cutie.