What to do with a day in Vientiane… 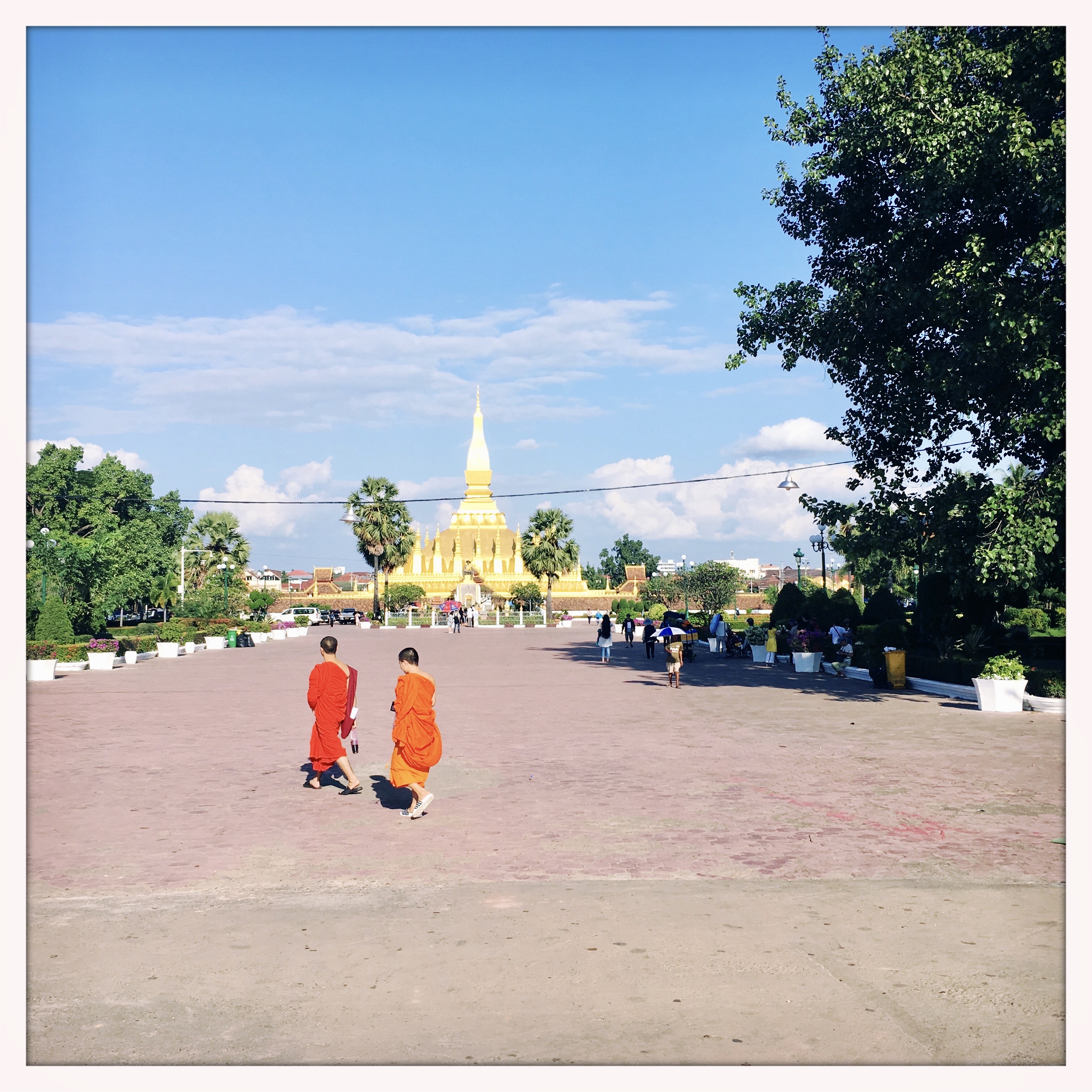 Vientiane is the capital city of Laos. It isn’t really like most capital cities I’ve visited it echoes the rest of Laos in its laid back ‘what will be will be’ attitude. The traffic is not to bad at all and it is very easy to get around. Grab yourself a tuk tuk if you need to save time or don’t like walking and off you go. There are many temples around the city but if I’m honest at this point many of them are very similar. So here are my recommendations for the two you should go and see.

First off you should definitely visit Wat Si Saket completed in 1824 by King Anouvong. The temple has an amazing array of very old buddhas beautifully placed in covered cloister areas around the courtyard. I am always looking for age and originality in the things I see as for me the layers of age add much to the imagined stories and histories of an object. A buddha with a fresh coat of gold paint doesn’t really do it for me as there are no clues to its past life. Inside the main temple building are some magnificent wall paintings which unfortunately I can’t show you as photography is not allowed. But I can assure you they are well worth a look. The paintings were applied to dry stucco rather than wet plaster (which is what a true fresco is) so this means that they can flake of much more easily so are incredibly fragile. Some restoration has begun but sometimes the new paint is really a bit gaudy so worth seeing before it is all restored!

The second must is Pha That Luang which when translated means ‘Great Stupa’  is a vibrant gold monument and surrounding buildings. It is said to have been on this site since the third century but obviously has had many makeovers and reconstructions over the years the most recent being in the 1930’s. It is one of the most important monuments for the Laos people. If you wander to the right of the stupa there is a huge reclining Buddha and a temple with wonderfully colourful paintings covering the floor and the ceiling.

Another place worth a look is the Patuxai (Victory Gate) which is a war monument in the centre of Vientiane which was built between 1957 and 1968 with concrete donated by the Americans for a runway at the airport but instead was used to build this. It is in memory of those who died in the fight for independence from the French. Its a strange building clearly concrete trying to look like an old monument aka the Arc de Triomphe! It has a big information sign which even says ‘From a closer distance it seems even less impressive, like a monster of concrete’. It has some interesting paintings on the ceiling of the arch. But it is probably best for the views over  the city it enables.

I would have liked to go to the textile museum but time and heat got the better of me so anyone whose been I’d be interested to hear about that…another time maybe I’ll get there.