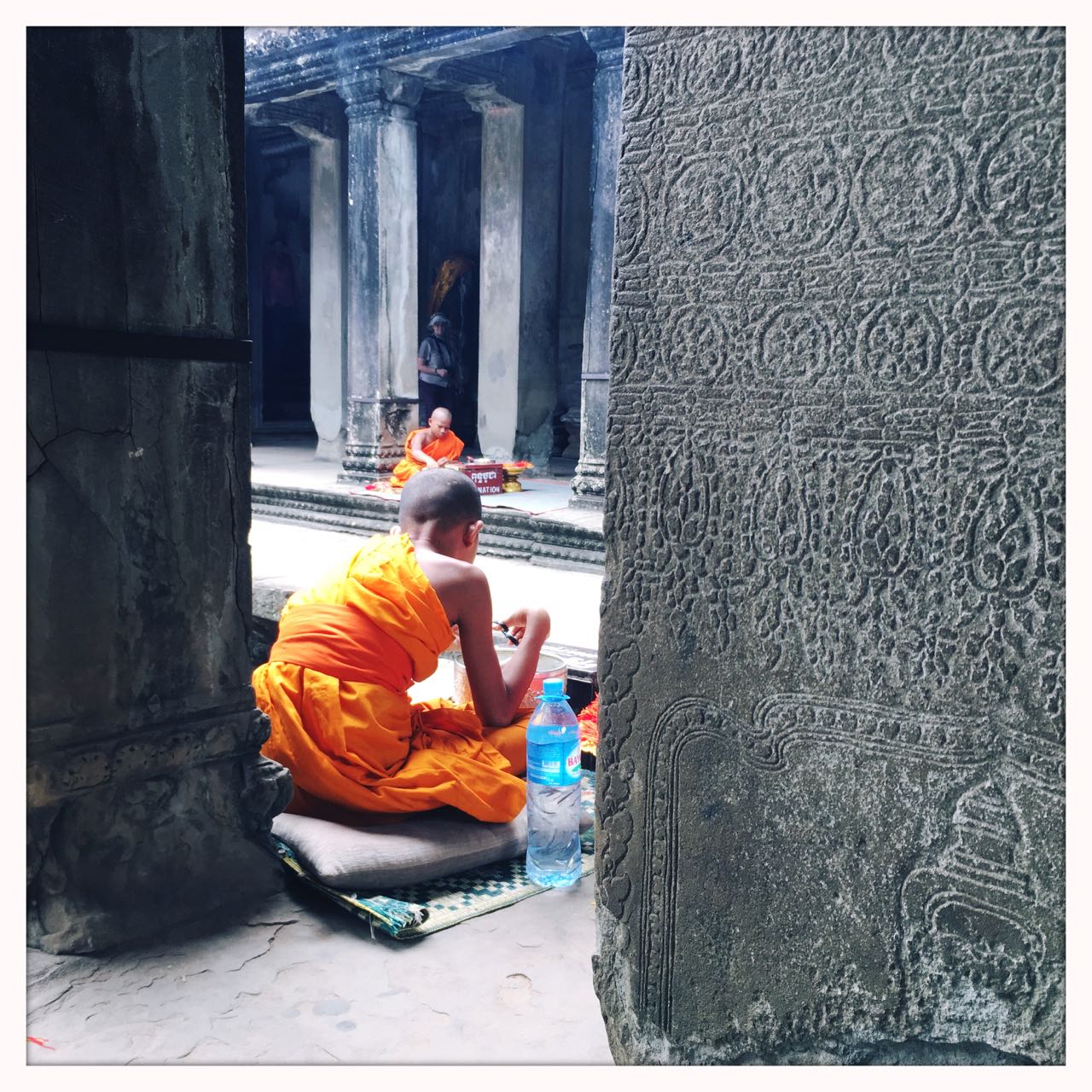 A few extra images from Angkor Wat that didn’t fit into the other categories but deserve a viewing. Much of the building of Angkor Wat is muted earthy and grey tones with some areas of olive green mould and moss.

So every now and then you turn a corner and get a pop of colour it is really quite striking. The last post about Angkor Wat has a few images of Buddha statues that are adorned with vibrant yellow sashes there were many of these dotted around the area.

And finally the other striking colour that appeared often is the orange of the monks robes. There were one or two monks actually doing jobs around the temple but also many come purely as visitors.

Searching is in progress