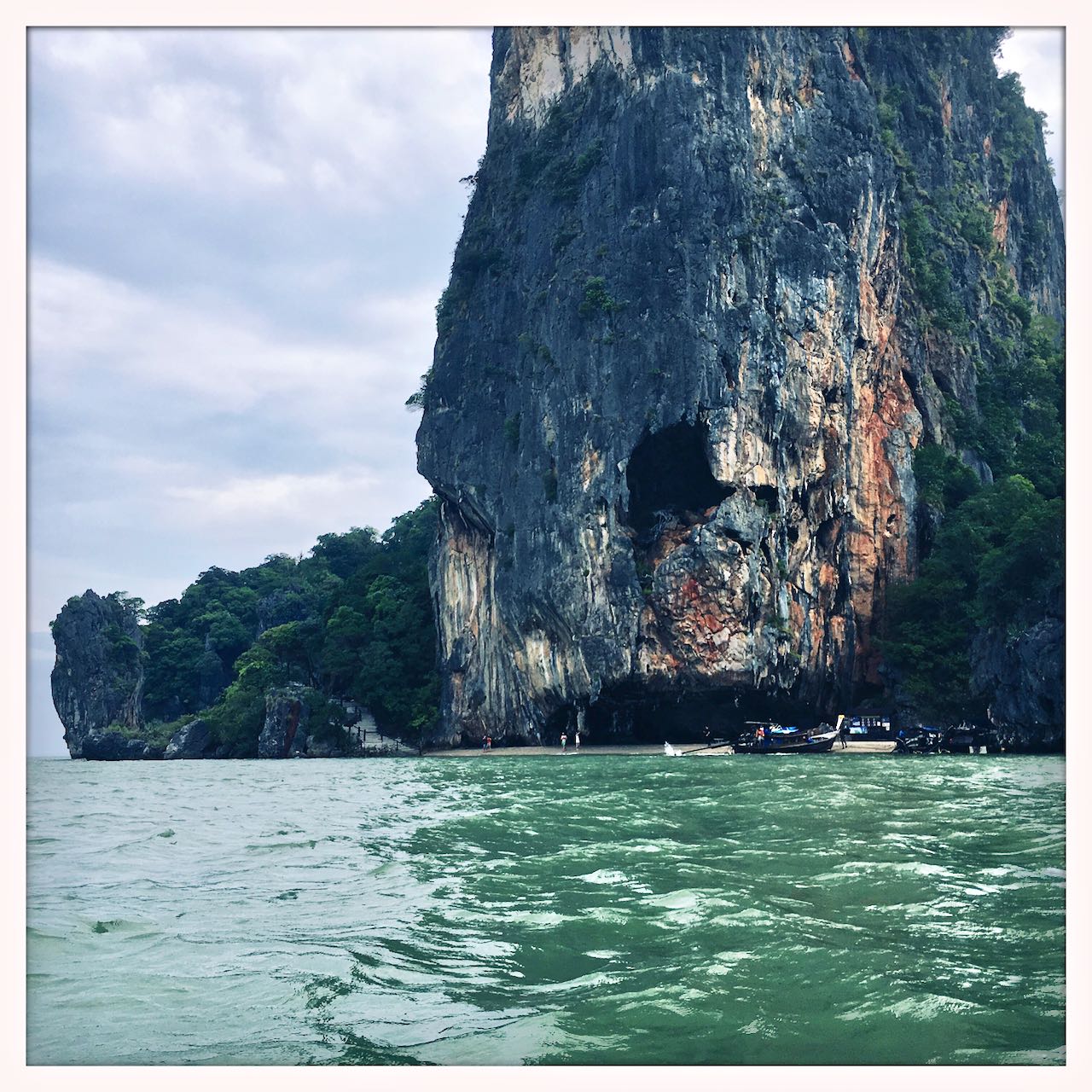 Day two on the Andaman Sea and our next stop was Khao Phing Kan more popularly known as James Bond island. It was featured in The Man with the Golden Gun made in 1974 and ever since has been a tourist attraction.

One of the great things about sleeping on the boat was that we were able to be on an island very early in the morning before the big crowds started to gather which was fantastic and when the crowds began to come we would sail off to somewhere much quieter. All of these limestone islands are incredible structures made up of fascinating textures, shapes and colours. The limestone is pourous and the moisture it collects slowly seeps out from the rock leaving tiny deposits of calcium behind which over time build into the most interesting forms or at least that is a simple artists understanding of the process!

Something I learnt about this process was that if a human touches an area where something is clearly growing (see image above) the oils from your fingers be that natural or suntan lotion will cause a barrier to the calcium deposits so they won’t stick to the rock any more hence ending the new growth. It occurred to me having seen how many visitors come to these places that the future might look quite different many years down the line as I am certain the majority of tourists do not know this fact and are regularly putting there hands all over these beautiful rocks.