Morning welcome in Shan State after the most interesting of coach trips! 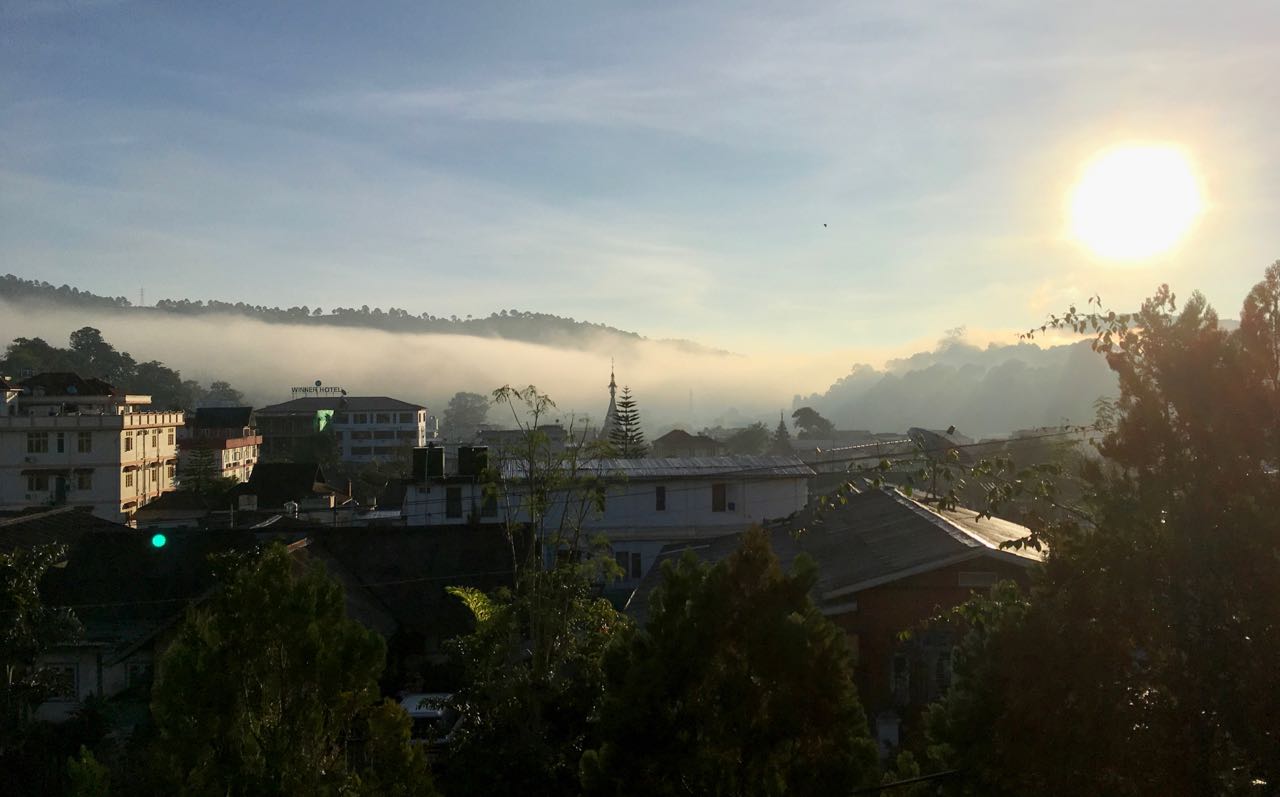 From Hpa-An we took a night bus to Kalaw in Shan state. It took about eight hours including a stop half way. As we left Hpa-An the coach stopped numerous times taking more and more people and packages on board so much so we had sacks of rice on the floor down the middle aisle and people sat cross legged on top of them as well as a chicken in the baggage section under the coach. We were crammed in but as we had seats we had a pillow and a blanket and a bottle of water. In the morning we were given a box each of donuts and cakes for breakfast. I think Theresa and I were a bit over tired as we got the giggles very badly so much so I was literally crying for sometime….it definitely helped the journey go by!

We arrived in Kalaw at 5am and were dropped off very close to the place we were staying, a nice friendly gentleman met us and took us straight there. It was very beautiful surroundings high up in the mountains and was mercifully cooler than Hpa-An or Yangon. We stayed at the Golden Lily Guest House which is very cheap so we paid a fraction more for a room with ensuite which was simple but good. It is run by a Sikh family who have lived in the area since their grandfather came over from India to help build the railway line. Myanmar has become home and now it is too expensive and complicated to ever visit India and family they still have there. It was fascinating hearing all the stories but quite sad to think how privileged I am to be able to travel wherever I want to while they are not able to visit family and a heritage they have never seen.

From a gluten free point of view breakfast was great as I had vegetable fried rice made especially for me which I was very grateful for. We ate dinner next door to the guest house which was my cheapest dinner on the whole trip at about 72p for everything including rice (I had egg curry). The picture doesn’t do it justice as it was very fresh nutritious and tasty.

We chose to stay here as they also offer a range of packages for hiking down to Inle Lake which I will talk about in my next post.