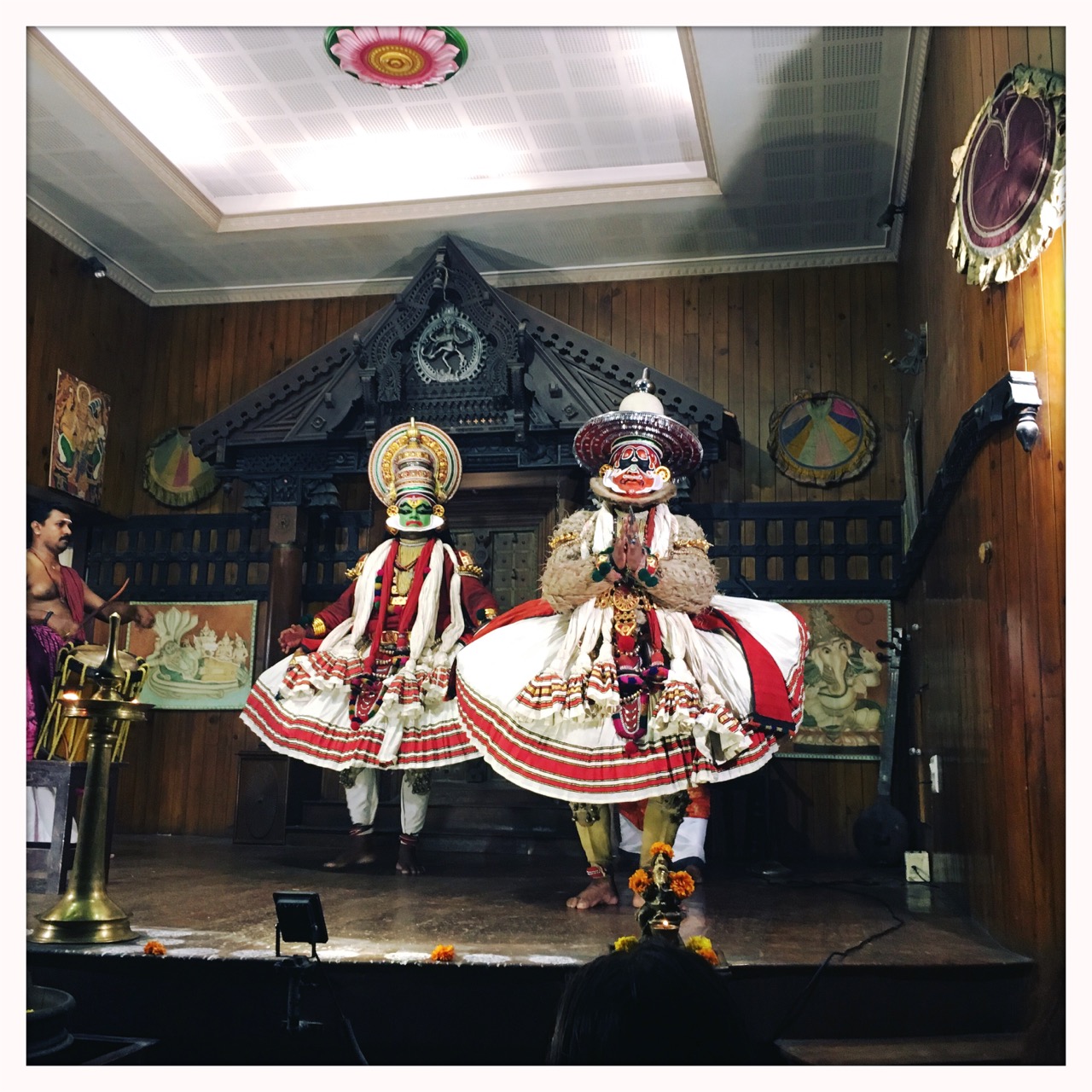 Kathakali dance is a traditional dance from Kerala. Whilst in Fort Kochi I spent an evening at the Kerala Kathakali Centre which is the best place to experience this kind of storytelling dance. You arrive early to sit and watch the fascinating ritual of applying makeup which as you can see from the pictures is time consuming and intricate. There is a balcony that is accessible to give great views from above and it is a little mesmerising watching the layers build up. All the participants are male so all female parts are played by men.

The stories are traditional tales based on the epic Hindu tale of “Ramayana”. They became the stories and dance of the ordinary people being very accessible and in Malayam the local language. But the roots of some of the expression comes from the dance performed at the Hindu temples as early as the second century.

The face is very important in the telling of these stories and we were given a brief explanation of some of these before the main performance began. There is a narrator who tells the tale accompanied by percussion that is perfectly in sync with the facial expressions and movement.

All the characters involved are such huge personalities and physically huge with all the exaggerated face makeup and volume of costumes worn, I really don’t know how they manage in the heat! Well worth a visit if you are in Kochi for a few days it is definitely an experience you won’t forget in a hurry.