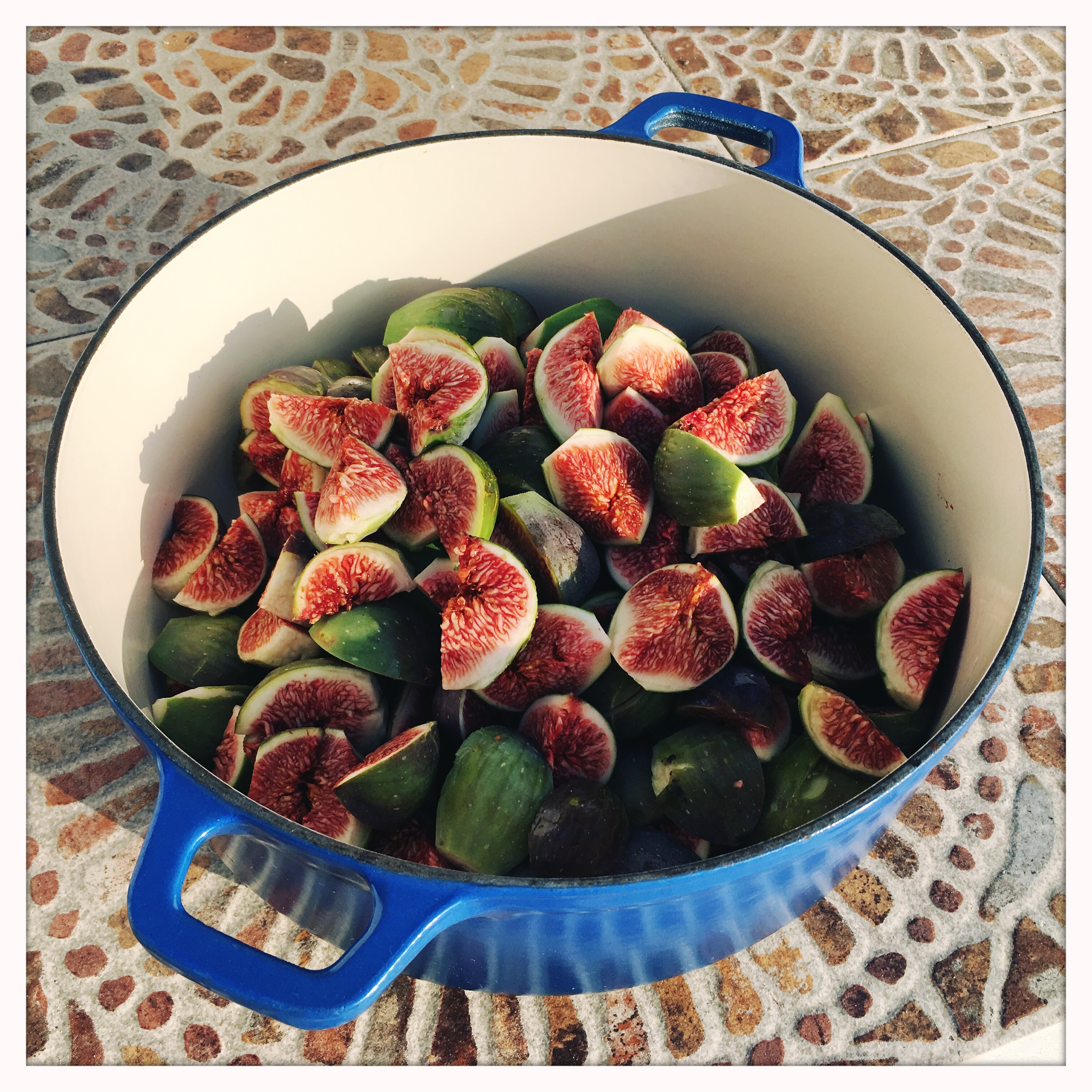 Over the summer I had the joy of going to Andalucia Spain to look after these two beauties. They are Pippin (the ginger one) and Luna. They have beautiful natures and were such good company.

Whilst there each day I walked past a row of fig trees along the road that were laden with fruit and no one seemed to be collecting it much had fallen on the pavement and split open spilling out their velvety red insides. I decided to collect some and ended up with a bag full! There was no way I could eat them all before they went bad so the only option left was to cook them up and make some preserve and that way I could bring a little taste of Spain home with me.

The place I was staying had a lemon tree so I picked a lemon to use to. First of all I washed and cut the figs into four and then added the zest and juice of a large lemon.

It was all placed in a heavy bottomed saucepan and slowly heated until the fruit started to soften down. Add some cinnamon to taste (I added two heaped teaspoons full). Then add some sweetness. I had agave syrup, which I had bought thinking it was honey, doh. So I used that up which was just over three quaters of a bottle. It actually was a good choice as it’s not too sweet.

Then bring to the boil and simmer for about an hour. The fruit will break down and become a lovely thick sauce but at the same time will retain some of the chunks of fruit.

While the fruit is cooking prepare some jars by boiling them in a big pan to sterilise. Finally add some cubes of butter and stir through until it melts it will give a lovely shine to the mixture and a buttery taste. Fill up with the preserve while the jars are still warm put a circle of greasproof paper on the top and put the lid on tight. Leave to cool. Keep in the fridge as there is not loads of sugar to keep as long out of the fridge but it will last a month or so in the fridge. It was very lovely on toast and crumpets but also with museli and yogurt or even warmed up and poured over a nice vanilla icecream.