And then there was Angkor Wat (part two) 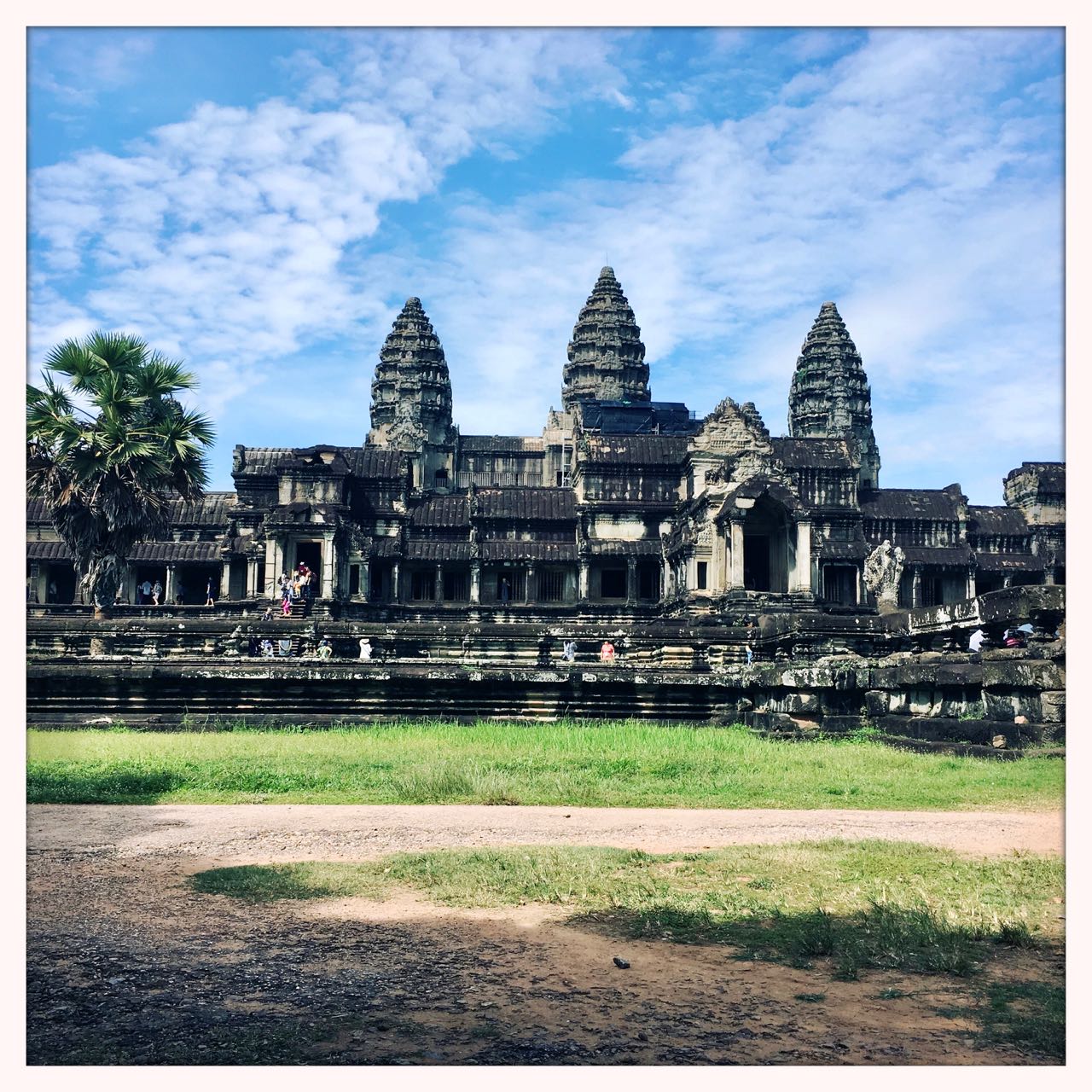 It is clearly an amazing feet of engineering and one could spend hours musing over how these enormous blocks of stone were moved around and constructed nine hundred years ago. Clearly they did an excellent job too as it is still standing today.

It is a large site and you need to put aside at least a day to explore. There are places to eat on site and toilets so you can enjoy your visit. I could have easily spent an extra day there just to sit and draw around the site but on this occasion time didn’t allow so a second visit will have to be scheduled at some point in the future.

There are a number of grand entrances to the main building that take you to the first level and several grand corridors that surround the edge of the building entirely covered with carvings in the stone walls. Out to one side of these are verandas with pillars and more decorative carvings.

From this area you climb up some stairs to the second level smaller in area but similar structure. And then finally the third level is up some very steep stairs and into the highest part of the temple. Only one hundred people at a time are allowed up there for safety reasons I’m guessing so you will need to queue but its well worth it, and the views are great (unless you suffer from vertigo!).