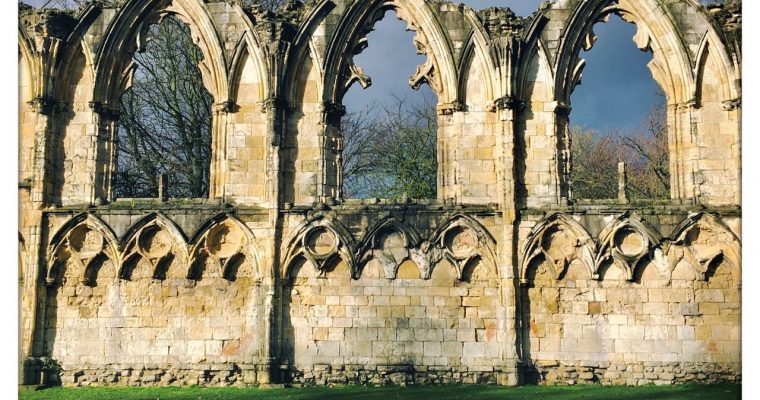 A little bit more from York

If you have never been to York you should. It is so packed with ancient stuff to explore. If you are interested in history and archaeology this place is for you as I heard our walking tour guide say ‘The history of York is basically… 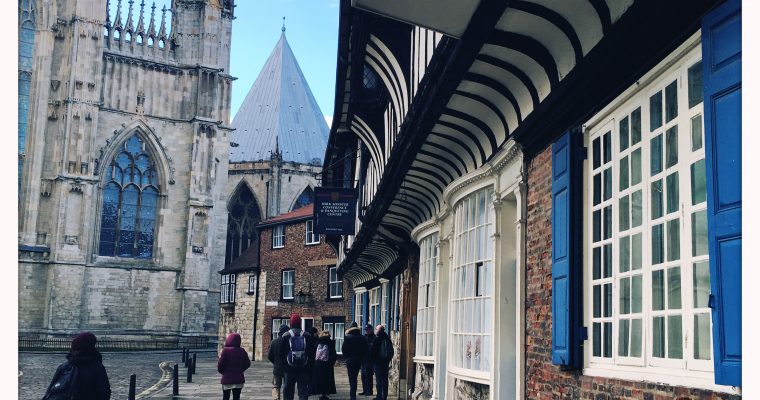 Last week was my birthday and usually I don’t bother too much with them for all sorts of reasons. But this year some lovely friends decided to spoil me and it would have just been rude to say no! So I spent a delightful few… 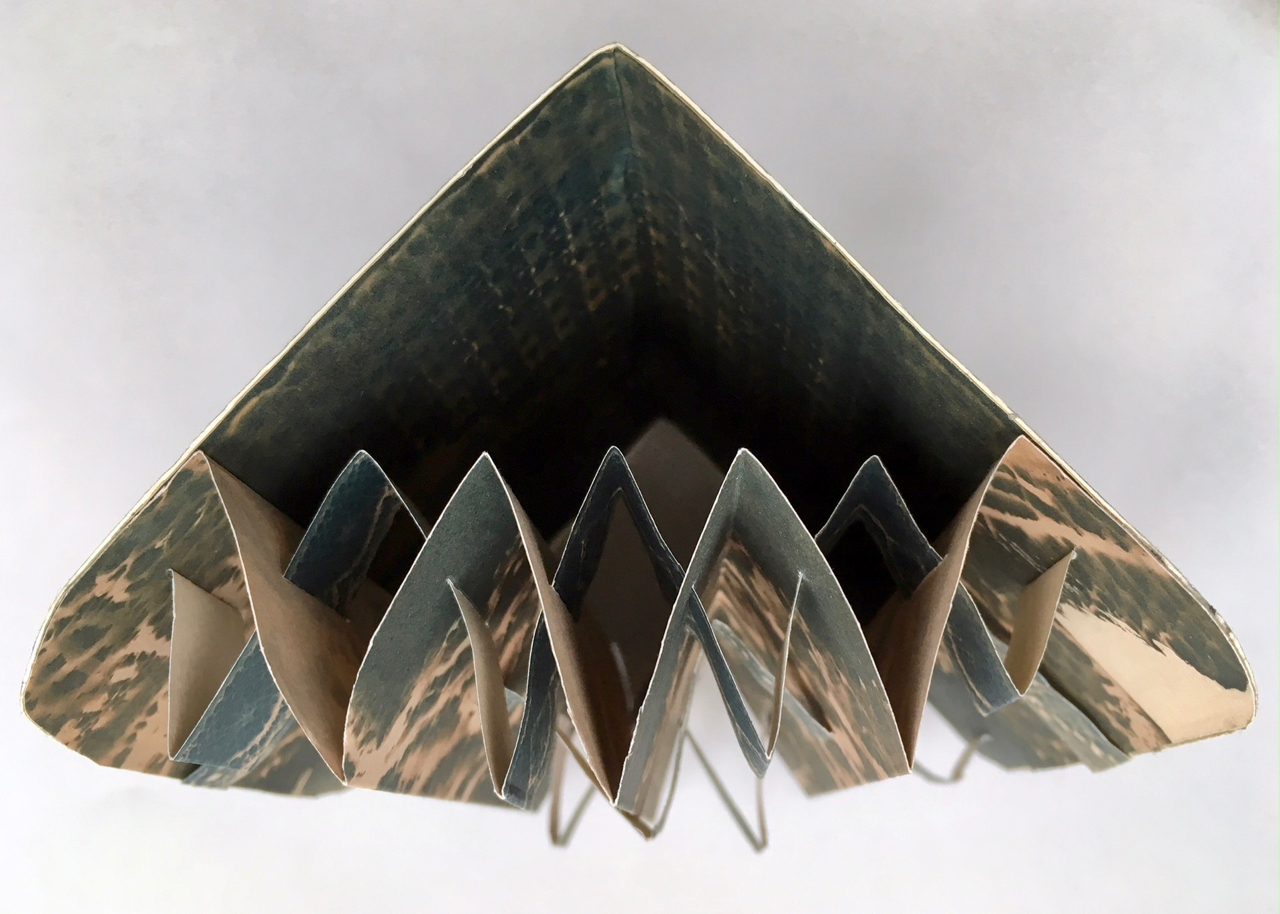 A little something from my other life.

If you’ve been following me for a while you will know that I am a big fan of cyanotype prints to record objects from journeys or loved ones. This has kind of mushroomed over the years where other people get involved and give me things or ask for their loved ones possessions to be documented in this way. Last year a lovely lady I follow on instagram asked me if I might be interested in finding a home for some items that used to belong to her grandmother. These included lace, collars, gloves and handkerchiefs.

Of course I was delighted and made some prints straight away from the objects. But it has taken me until now to find the time to make them into something for her to keep as a memory of her gran. I try to also make something similar to keep so I remember the story too. I love collecting stories! Below are some of the initial prints.

And finally these are the two little books…

And then there was Angkor Wat (part two) 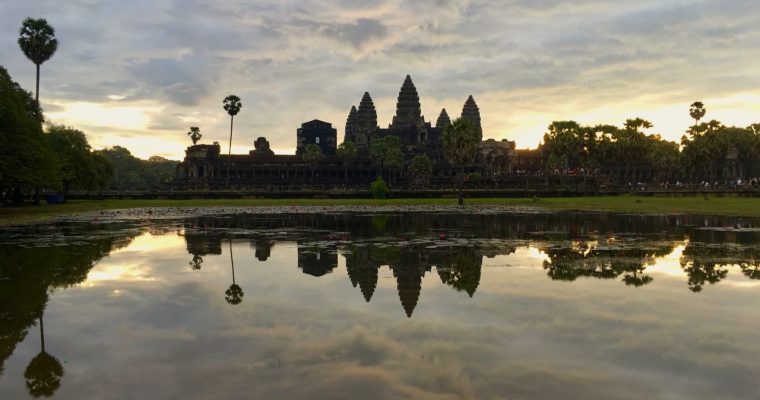 And then there was Angkor Wat (part one)

I have so very many photos of Angkor Wat it will have to be covered by at least a couple of posts or else if anyone is actually reading this you may well loose the will to live! First up sunrise. I had to get… 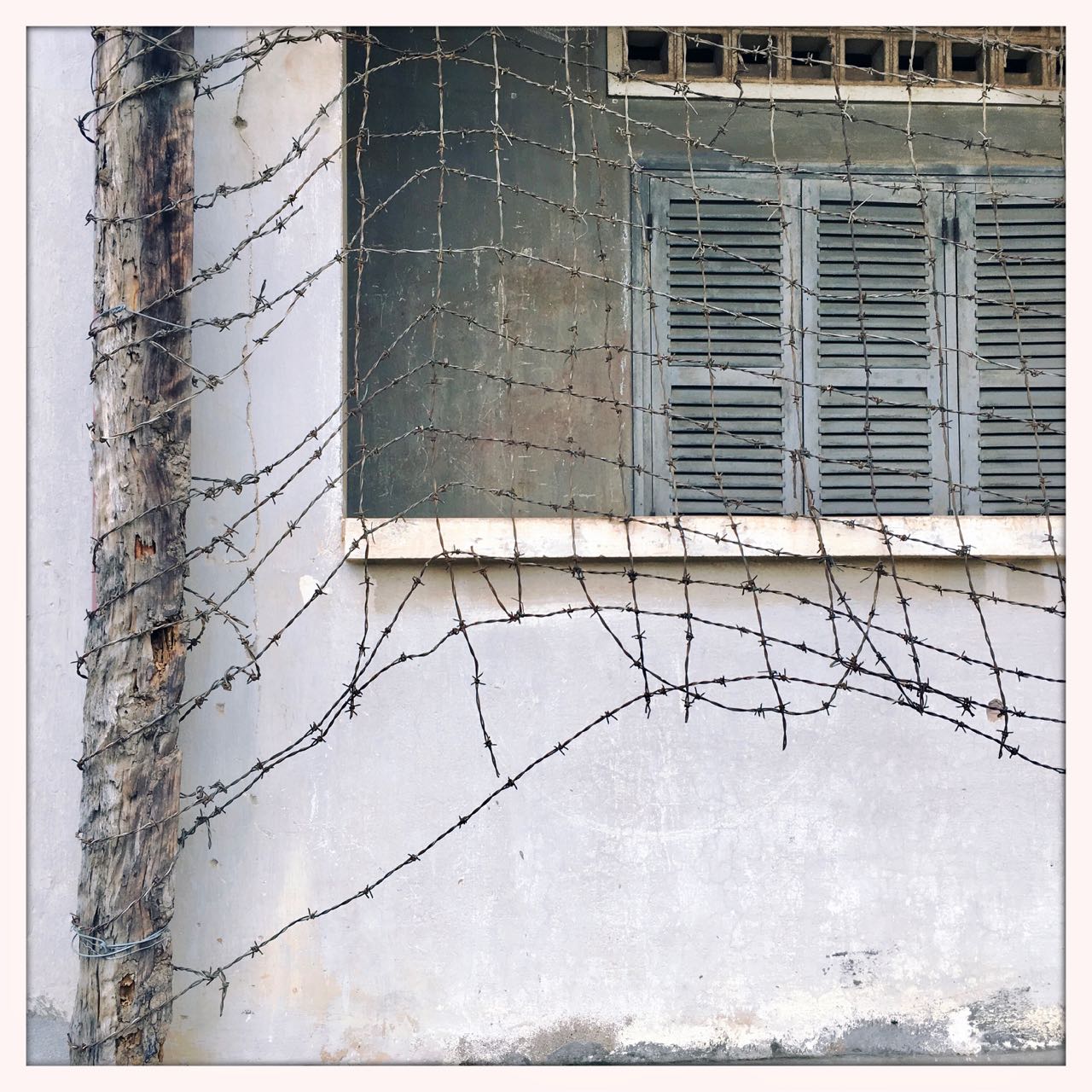 This is the second post today that comes with a warning. The images are not quite as harrowing as the previous post but neither are they easy viewing. Again it is important to remember and learn lessons, but as I am currently on my own in a small hotel room at Phuket airport listening to planes fly over my head and rain pound on the window I could do with a hug right about now.

So this place is the second part to the previous post, more of the same story really. It is in Phnom Penh and was once a high school until it was taken over by the Khmer Rouge in 1975 and was used as Security Prison 21 or S 21 until 1979. It is suspected to have been only one of more than 150 such places across Cambodia used to torture and kill thousands of its citizens.

Much of the school has been left as it was found and it is very chilling walking around the once classrooms that have been modified to create many small cells per room. The men had brick cells and the women’s were made from wood.

The downstairs classrooms in one block were made into torture areas where residents were taken to have information extracted from them. It all feels a little like a film set waiting for Spielberg to film a grim movie. Only it isn’t it is a real place where very bad things once happened.

As always it is when the human element is added that things begin to sink in and become all to real and tangible. As you walk around the last section of classrooms are full of images of the people who died, next to images of the many young people who were recruited to work for the Khmer Rouge. I found this juxtaposition in itself quite harrowing. Essentially a group of people who through luck, misfortune, choice or pressure ended up on different sides of the fence. I’m sure that once many of these people would have been friends and acquaintances and then one day they are enemies. It is something I have often pondered how easily this can seem to happen in our world. A friend once said to me when we were talking about solo travelling that ‘essentially most people are good people’. I choose to believe that and have many beautiful experiences to back that up but when you are faced with historical situations like this one you can’t fail to ask the question ‘where did all the goodness go?’

The top image above is of victims and the bottom two images are people who were recruited to work. The bottom images seem to display such despairing faces just as much as the victims above, their eyes seem dead and holding a wealth of horrific images and thoughts behind them. It seems to me that they were all victims in different ways and to different degrees, there doesn’t seem to be any evidence of choice in any of the scenarios.

In each classroom of cells there are numbers stencilled or painted on the walls to denote each prisoner in there. I find these strangely fascinating and hauntingly beautiful. I think it must be something of a coping strategy in me to search out beauty in the most unlikely places. It is the eternal optimist that lives in my body who cannot believe that all beauty can be eradicated much like the human spirit it is in there somewhere it is just a case of searching hard enough to find it.

The final image is indeed one of hope. The children in it were discovered when the school was liberated and the Khmer Rouge were over thrown. One of them now works as a gardener in the museum which much like the Killing Fields has been developed into quite a serine place with some beautiful planting and a real sense of peace. It is definitely a place to sit and ponder many things including that thing called hope that we all have to hold onto. 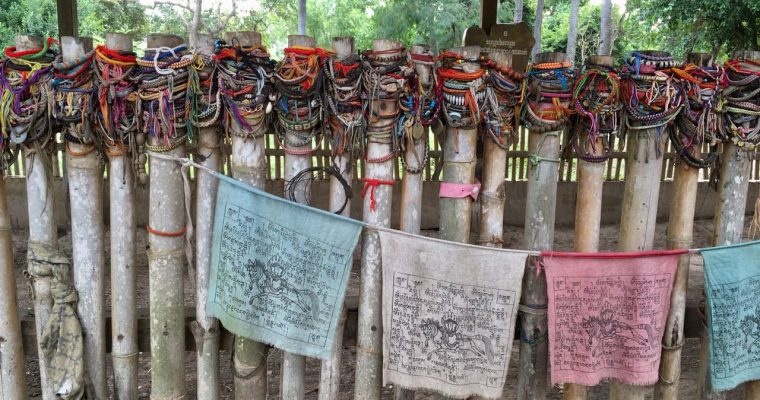 The Killing Fields – a sobering but necessary experience

I have been sitting here thinking long and hard about this post. Part of me didn’t want to write it or have to look at my photos again and I questioned even if I should have taken photos of such horror. But in the end… 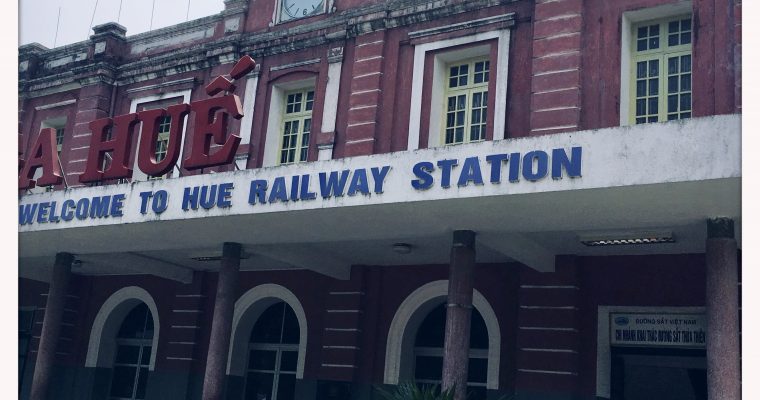 Hue (pronounced Hway) is slap bang in the middle of Vietnam approximately half way between Hanoi and Ho Chi Minh cities. I went on an over night sleeper train from Hanoi to get there which was pretty straight forward and took about twelve hours. Hue… 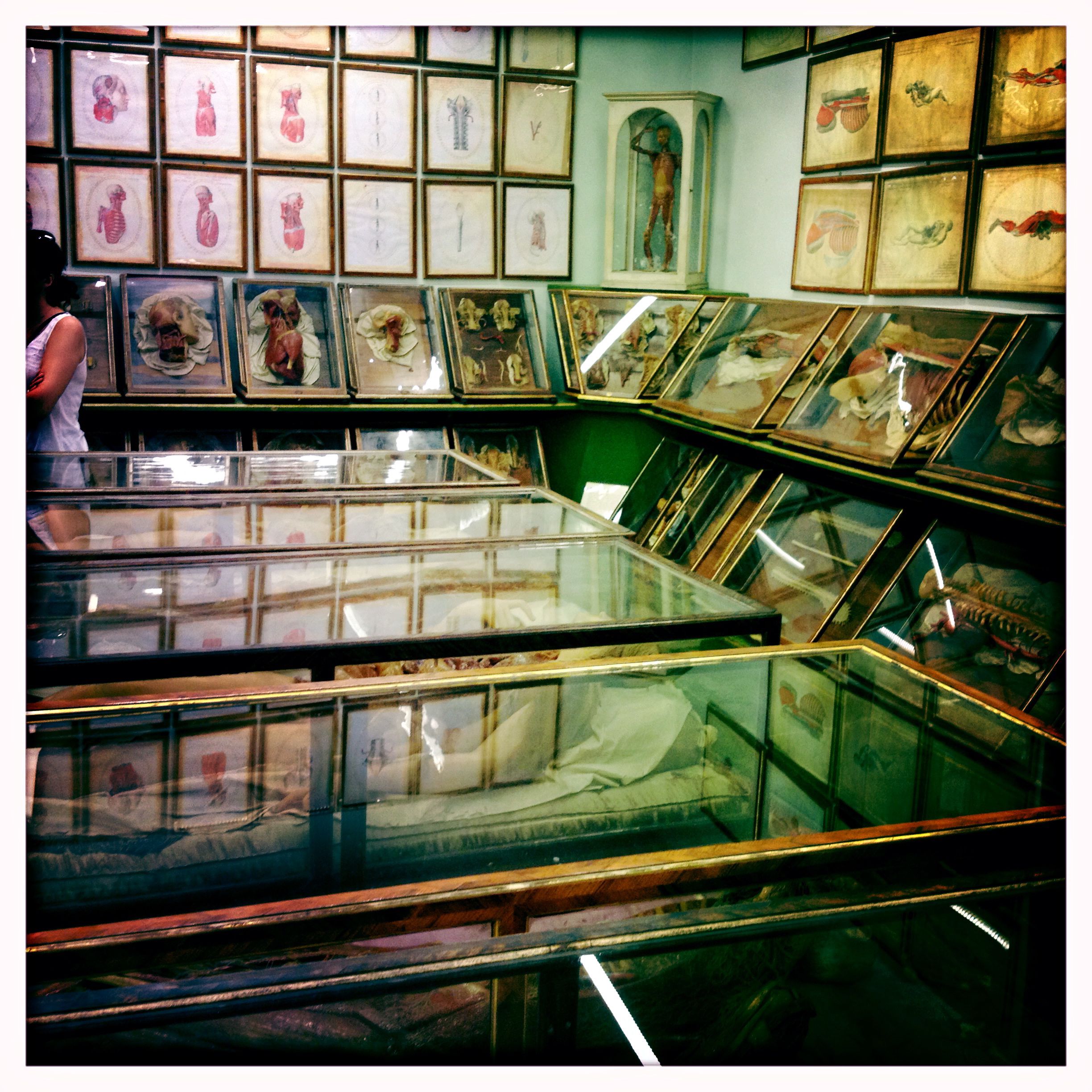 Bodies made from wax, stuffed animals and things in jars

Florence is one of my favourite city’s in Italy. It has everything, food, art, architecture, a river, amazing views and friendly people. It is also relatively small so most places are walkable.

La Specola is the oldest public museum in Europe and was founded in 1775 in the grounds of the Botanical Gardens which dates back to 1545. It has over 8 million specimens the most amazing of all are the wax anatomical sculptures. Clemente Susini was the man responsible for many of these which were often made as commissions for use as teaching aids for surgeons and others from the medical profession as well as artists who wanted detailed knowledge of the human form.  They are simply amazing! The detail is incredible. The weird thing about them is the added wigs or pearls around the neck of a slightly seductive looking woman who has her chest cavity splayed open. It is no surprise that the Marquis de Sade was a keen visitor.

Italy, Italy art
-
by Sarah
Searching is in progress